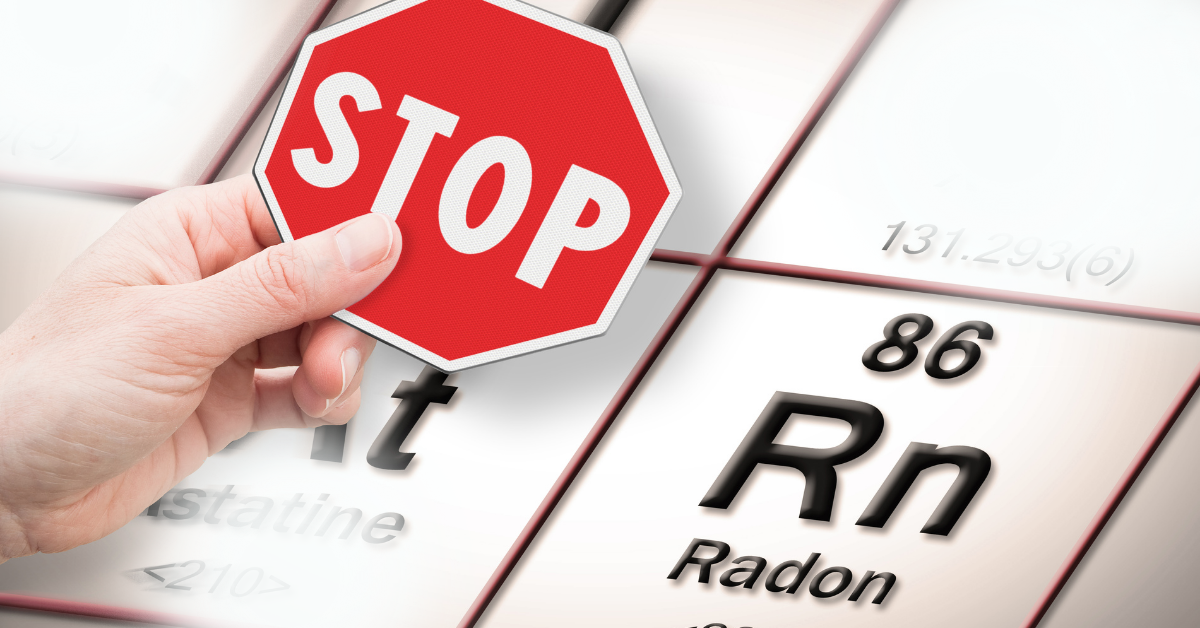 Have you ever thought of getting rid of Radon without taking extra measures? If your answer is no, then keep reading because we will tell you an easy way to reduce radon with the help of a ceiling fan. Yes, you heard it right; you can actually minimise radon via a ceiling fan, and it’s one of the most inexpensive ways to get rid of that dangerous gas. Plus, it is one of the benefits of Ceiling Fans.

But before we dig deeper into this, we need to learn about Radon.

Radon is basically a naturally-occurring radioactive gas that is released from the ground and may get trapped inside your homes. It is inert, colorless and odorless, and is naturally in the atmosphere in trace amounts. Outdoors, radon disperses rapidly and, generally, is not a health issue. Most radon exposure occurs inside homes, schools and workplaces.

Is it Dangerous or Not?

When your lungs receive Radon, even if in trace amount, there is a chance that it may become cancerous due to mutations. Thus, Radon is the number one reason of lung cancer in non-smokers, and it is the number two reason for people who smoke. But there are a few more factors that make it dangerous like, we cannot smell, see and taste it. So, everyone should have to test for its presence.

But How Can this Gas Harm You and Your Family Members?

When the lungs receive the radiations of radon, there’s a chance they may mutate and become cancerous. Consequently, the Environmental Protection Agency has set the maximum levels of radon that should be in a house. If, unfortunately, the levels go above that, you may have to take some preventative measures to avoid health risks like as big as Lung Cancer. And we are sure, you do not want that to happen to you or one of your family members.

But now. the real question is, “How do they reduce Radon?”

Well, during the decaying process of that dangerous Radon, it releases some extremely toxic particles, also called as Alpha Particles. These particles break down into radon daughters, and these Radon daughters are responsible for causing cancer in your lungs. Now, you must be thinking, how do they do it? Well, radon daughters release a charge which is accountable for creating mutations in your lungs.

Therefore, when we turn on a ceiling fan, it displaces the air, the radon particles, present in the air, are also displaced. They attach themselves to the furniture and walls and are not inhaled by us. Thus, the radon daughters can no longer “plate out” (Releasing of the Charge) because they have attached to other surfaces, like walls, doors or windows.

When doing Radon Tests, Can you Run a Ceiling Fan?

As we mentioned before, radon is a type of gas that is tasteless, colourless and odourless, which means there is almost no way of knowing whether your home has an increased amount of radon or not. However, you can still do a radon test that can help you understand the radon levels in the house.

Therefore, you cannot run a ceiling fan during a radon test. Instead, you must follow a few instructions during the test, and one of those instructions is to turn off any electronic device that causes the filtering of air. And this includes the ceiling fan as well.

As long as the radon testing device is not in the room being tested, you can turn the ceiling fan back on in the other room so long as it does not affect the airflow in the room where the test is being performed.

What Time of the Year is the Radon Highest?

Throughout the year, radon levels fluctuate based on many factors. One of which could be the weather season Basically, Radon levels are highest during the cold months of winter. Some of the obvious reasons for this could be:

So, if you are concerned about the levels of Radon in your home, then you should definitely consider getting a radon test performed professionally.

Air filters are often used in an effort to improve indoor air quality, but it’s important to understand that they can actually have the opposite effect when it comes to radon exposure.

Radon is a gas that can be found naturally in the environment, and it can enter homes through cracks and other openings in the foundation. Once inside, it can build up to dangerous levels.

While air filters can help remove other pollutants from the air, they can also trap radon daughters – the radioactive particles that result from radon decay. This can increase the amount of radon exposure, since there are more particles in the air for people to breathe in.

If you’re concerned about radon exposure, it’s important to have your home tested and to take steps to seal any cracks or openings that could be letting the gas in. Installing a proper ventilation system can also help reduce exposure. using air filters may not be the best way to reduce radon levels in your home.

Whole house attic fans are often touted as a way to reduce radon levels. However, they are not effective at reducing radon levels and can actually make the problem worse.

To conclude, radon is a dangerous radioactive gas at low levels in most houses where it poses no health risks. However, as it accumulates, it can become very harmful. Ceiling fans are considered as a cost effective and inexpensive way to get rid of toxic Radon.

However, If you suspect a problem with radon in your home, we recommend calling in a professional to conduct a radon test for you. However, consider a ceiling fan to help disperse radon particles in the air in the meantime. Ceiling fans can be an easy and cost-effective option to reduce the amount of radon in your house.

In addition to reducing radon, ceiling fans also reduce the cost of cooling a house during the summer.