What is a Smart Ceiling Fan? 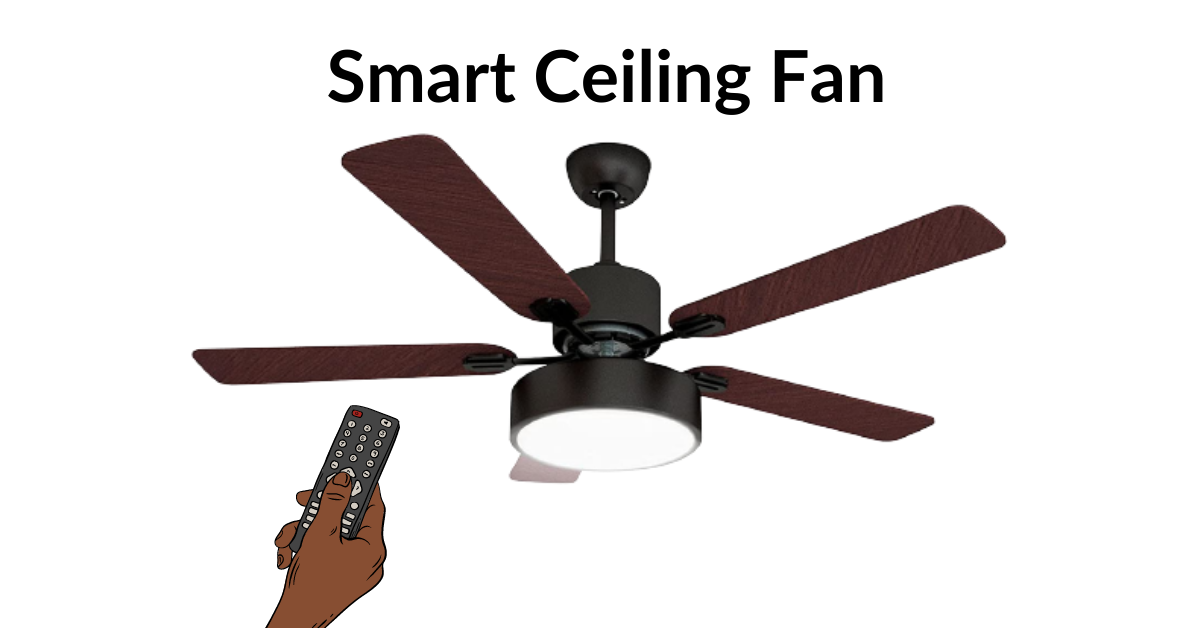 Are you tired of your regular ceiling fan because you have to manually turn it on by pushing buttons or pulling cords and are looking for a much easier option? If yes, then keep reading because we are going to tell you about a ceiling fan that doesn’t even require any buttons or chains. Yes, you read that right. You can actually turn on ceiling fans via remote control and such types of fans are called Smart ceiling fans.

Smart ceiling fans work great in areas with long periods of scorching hot weather. Unlike air conditioners, they don’t cool the air but instead, move it around. This makes people feel cooler because the shifting air helps to scale back perspirations. Whereas, smart ceiling fans cool the skin.

The smart ceiling fans are adaptable as they can also help during the cold months of winter. Most fans offer a feature that fights heat grouping. By altering the direction of the fan clockwise, an updraft is produced, heat is circulated and therefore the room feels warmer.

The smart ceiling fan allows you to create your schedule for when the ceiling fan should turn on/off. There are some extra features which include options that are extra-energy-efficient. There are smart ceiling fans with a reversible motor, which means that you can use the updraft option for the winter months. There are both indoor and outdoor options, depending on what you need.

Smart ceiling fans help save a lot of money and energy in both the winter and summer months. Although air conditioning feels wonderful when we’re going through hot weather during the summer, they waste an abundance of energy and money. Smart ceiling fans are an impressive and affordable solution.

The smart ceiling fan has a variety of features, one of which is; controlling the ceiling fan’s speed and light using a remote control. You can not only control it remotely but can also control it by connecting it to your phone, laptop, or tablet by installing an app. It depends on which device you prefer for controlling your ceiling fan.

One of my favorite features of the smart ceiling fan is the Detection Sensor. This can come in very handy when someone in the family forgets to turn off the fan/lights thus racking up the electricity bill.

Many energy-efficient ceiling fans work just like a regular ceiling fan, except they know when to start and/or flow the air. That means they are very easy to use.
Controlling the ceiling fan with an app for your mobile is another convenient option. You can control your ceiling fan when you are on the way back home, so when you enter your room, the room temperature would be just the way you want it.